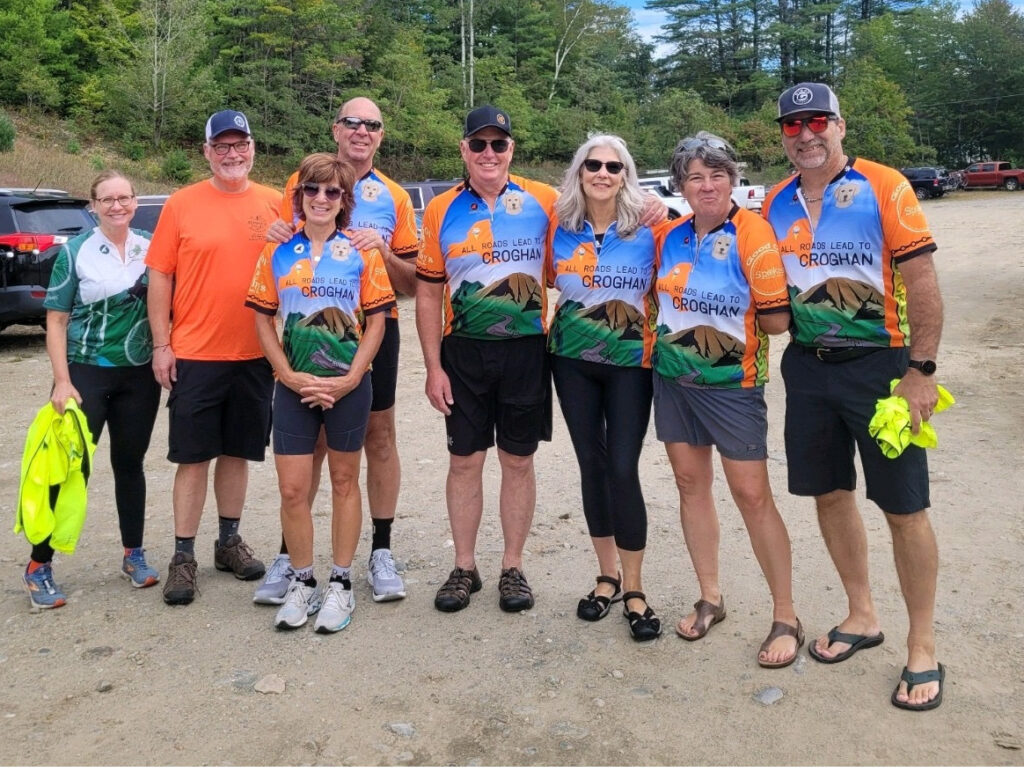 On the Harry Elkes Ride Saturday Sept 17, 2022, I met Karl and Charlotte, from Croghan, NY. Karl reminded me that we had biked together for a bit on the 32 mile loop in 2021. Throughout our ride, they told Harrison Freer and me that they had enjoyed the ride so much in 2021 that they decided to come back again and convinced eight other people to join them in 2022. They contacted Diamond Cove Cottages on Lake George (from some notes Charlotte made in 2021) to find out that they had already closed for the season. When Charlotte told them that they had ten cyclists who were coming to the area, Diamond Cove agreed to stay open an additional week to accommodate them. The ten cyclists all stayed for two nights at the hotel, spending money not only on lodging but also on food. They said they would be back again in 2023!

Thanks to Karl and Charlotte and the others from Croghan, and a thank you to Diamond Cove Cottages for accommodating them.